Microsoft Teams has proven to be a viable option for enterprise voice. Those who highly value their voice systems need Teams to satisfy their analog requirements, need Teams to have a contact center, and want Teams to have all the features of their PBX. We can now say with confidence that Teams has all the voice capabilities they need.

Why Microsoft Teams is Ready for Enterprise Voice

“Voice” in this context refers to telephony and the way in which voice communication works through phone systems, or Private Branch Exchanges (PBX), in an enterprise organization. Moving from various legacy PBXs, potentially dispersed over numerous countries with unique calling requirements per system, is a difficult task no matter what the end goal may be.

There are two main requirements that voice users need Teams to satisfy:

Teams has the capability to connect to the PSTN. As for features, Teams has plenty of useful ones, new and old, to help make it a fully functioning cloud-based voice system.

Making and receiving PSTN calls is an important aspect of enterprise voice. It’s understandable then that enterprise level organizations need Teams to connect not just to the PSTN, but also to existing voice trunks.

Thankfully, this isn’t a problem for Teams. With proper integration and configuration, Teams can connect to any carrier via Direct Routing. Microsoft Calling Plans are also an option, though Direct Routing is almost always a better option for larger enterprises. Many of these organizations have existing voice networks and can take advantage of Direct Routing allowing their legacy requirements to function within the new Teams environment. 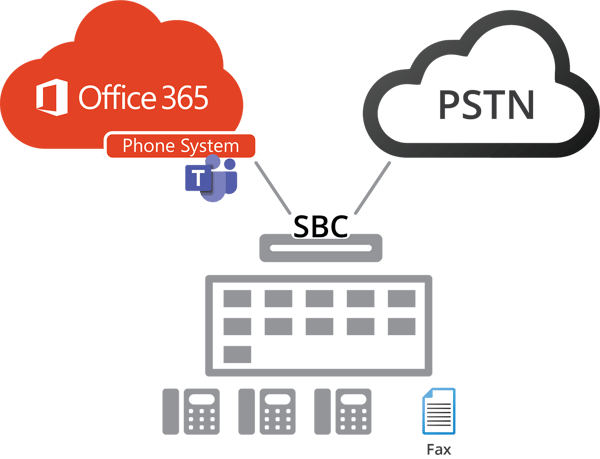 Session Border Controllers (SBCs) are key to Direct Routing in the Enterprise environment . SBCs are devices that monitor calling endpoints to keep out security threats. They’re integrated with SIP trunks to monitor PSTN calls and can fit in with just about any environment.

Direct Routing allows customers with users in the Microsoft cloud to continue using 3rd party systems such as PBXs, Call Centers, and Analog Telephony Adaptors (ATA), helping preserve key investments. This also works with even some of the oldest analog points such as fax machines and elevator phones.

Analog phone systems have been the go-to means of communication for businesses all over the country for decades. Though the landscape of telecommunication technology has changed over the years, users who rely on the legacy system want to ensure that they can keep using it even as video collaboration and cloud functionality becomes the norm . It can also be less expensive to keep analog ports open as opposed to rolling them all into a single UC solution.

This means it’s totally possible for a company to run Teams while keeping the same carrier. Many of Continuant’s customers, Adient and the University of Akron being two recent examples, have done just that.

Microsoft Phone Systems are more than just ready for voice. Worldwide data centers allow users to harness the power of Microsoft cloud wherever they go.

A cloud solution with Microsoft is much easier and less costly to scale globally than a PBX environment and handles today’s mobile workforce much better.

Some voice systems from providers like Avaya have more features and feature access codes in place than an organization is even aware of, let alone actively using. If anything, this proves that a feature is not a requirement. Hoping against hope that Teams will match every feature of a legacy voice system, including the ones that aren’t in use, will only lead an organization to fail in getting the most out of a Teams solution and the best return on investment.

Keep in mind that the workforce has changed since the time most PBXs were installed. The workforce of today contains workers from multiple generations, and 80% of their time is spent on collaborating with the 72% of employees that work remote. Are PBX’s still the best way for this mobile, multi-generational workforce to collaborate?

Users chiefly concerned with the functions a PBX enables can leverage a plethora of key calling features in Microsoft Teams, including consultative transfer, voicemail, delegation, auto attendant, call park, group call pickup, location-based routing, emergency dialing, and much more. Microsoft Teams will also enable additional features a PBX does not have outside of voice, such as collaboration, compliance, and apps.

There is a feature prominent in legacy voice system that most organizations are reluctant to give up; the contact center. Contact centers are used primarily by users interfacing with customers for managing tickets as well as clients and agents. For these individuals, a contact center’s use cannot be understated.

Fortunately, Microsoft Teams can use native features, such as call queues, to perform the functions of a contact center.

If an organization truly needs a Contact Center application, Microsoft does have a robust ecosystem of partners that support some of the best cloud Contact Centers in the industry. Five9 is one such example. Five9 offers a 100% cloud-based, omnichannel Contact Center solution that does all the things a PBX contact center can do and much more. 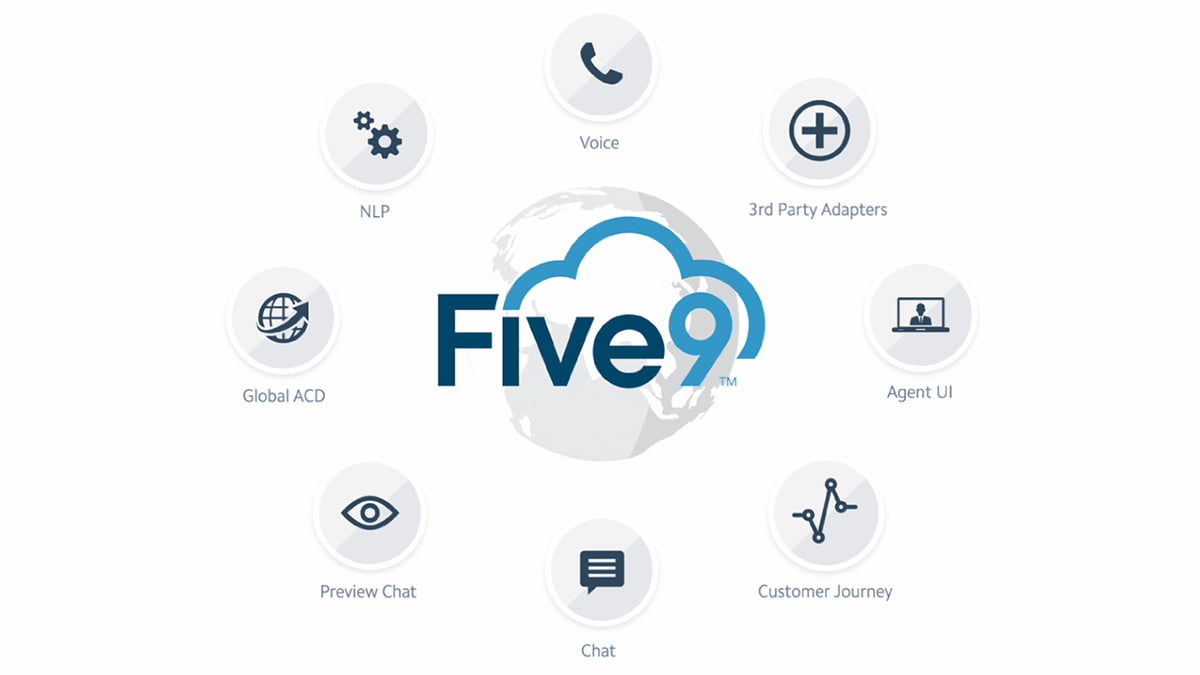 Is your Enterprise Network Ready for Teams?

When deploying Microsoft Teams as a voice system, organizations need to ask themselves if their own local network, WAN, and service providers are ready for Microsoft Teams.

Microsoft Teams, a modern, cloud-based communications platform, is a completely new approach to the outmoded PBX paradigm of communications, which is static and poor at adapting to ever-changing business requirements. Microsoft’s approach is to make its system and service ubiquitous, providing an adaptive and effortless means of communication and collaboration.

Traditional networks require centralized internet access, which magnifies performance issues for most applications. It has become a standard expectation for networks to allow applications internet egress when needed. Microsoft Teams is no different. Having that access helps Microsoft’s purpose-built backbone mesh more effectively with an organization’s internal network.

Simply stated, Microsoft Teams provides much more flexibility than legacy PBX systems could at a scale and cost that is much more agreeable to your IT department.

Microsoft Teams is Ready for Voice

In conclusion, Teams’ high call quality and versatile integration with other voice systems means it's more than capable of serving the same purposes that legacy PBX systems have for years. Still, it’s important to consider that Teams is more than just a new piece of technology.

The purpose of Teams is to fundamentally change the way you work. While it most certainly can function in tandem with your old voice systems, the best thing Teams has to offer is the functionality of a modern workplace.

What companies need is a solution that can bring voice and video collaboration together. Such an effort requires highly specialized talent, extremely knowledgeable project management, and a team filled with passion for helping organizations move from platforms that are inhibiting growth and costing more than the value they bring.

When considering deploying Microsoft Teams, you need to make sure that Teams supports your organization's Voice needs, including analog endpoints and integrations. With today's complex communication technology environments, determining what your business needs are may be easier said than done.

Fortunately, we specialize in just that. With 25+ years of experience in voice, and having won the Global 2020 Microsoft Partner of the Year Award for Calling & Meetings in Microsoft Teams, Continuant is uniquely positioned to help you start your journey to Microsoft Teams.

Schedule a 30-minute technology assessment today to find out what the transition to Microsoft Teams could look like for your organization.

Migrating to Microsoft Teams from a PBX