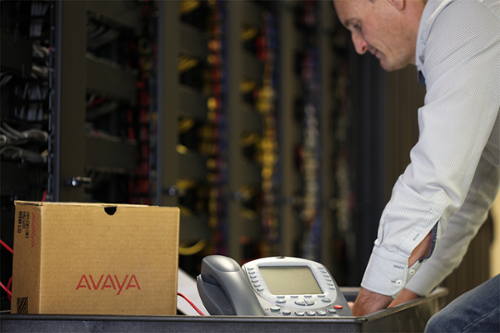 “And I think what you saw was customers sort of taking a more cautious approach with us, as reflected in a short-term contract or a cancellation clause, or, ‘Hey, I’m just going to renew my maintenance thing and see how you guys are doing. Maybe next year I’ll do the longer subscription.’ That was about two-thirds of the mess. The other side was the old Capex licensing model. Some of it downsized, some of it was lost, and it happened proportionately across all theaters in the world.”

You don’t have to renew your “maintenance thing”. You already know how Avaya is doing, both in service capabilities and long-term viability. At Continuant, we can provide world-class support for your Avaya systems, as we’ve done for more than 20 years and for over 100 of the Fortune 500.

This week siliconANGLE asked Mr. Masarek the following: “Avaya has announced it would be cutting its expenses, have you thought about where that would be?” Mr. Masarek replied, “As for people, the key will be to work on initiatives that generate customer value today and in the future. We can’t afford to focus on any initiatives that don’t, plain and simple. In reality, if we added a thousand people, I don’t believe it would materially increase revenue, and the converse is likely true, a reduction would not materially decrease revenue.”

At Continuant, we don’t see it the same way. We believe our Avaya support staff is the best in the world, and we continue to grow. In fact, if you're an Avaya engineer looking for a great job, please contact us.

Previous Story
← Can Avaya Survive A Chapter 22*  Bankruptcy? You Can, Here's How
Next Story
What’s Next For Avaya? →