If you’re an Avaya CM 5 system owner, you may already be aware that, after August 31 of this year, Avaya will no longer support any versions of CM 5—and that includes its most recent release, Aura® 5.2.1, as well as all prior versions.

According to Avaya’s most recent Product Support Notice announcing the End of Manufacturer Support (EOMS), “After August 31, 2014, no additional corrective content”—i.e., patches and bug fixes—“will be provided to the 5.2.1 release.”

We have a different view. We suggest that Avaya’s expressed concern about “3rd parties” is nothing more than an attempt to “encourage” CM 5 owners to start making plans to upgrade to CM 6.3—sometimes prematurely and at great expense.

The way we look at it, Avaya might be unable or unwilling to maintain your legacy CM 5 systems, but we can, and we do for thousands of system owners—better than the OEM. Here’s one of many such examples.

“The service we have received from our account team since we moved from Avaya maintenance has been incredible. The only thing you could have done to better serve us is to have transitioned us years ago!”

When you choose Continuant as your maintenance provider for Avaya CM 5 systems, we offer the following assurances: 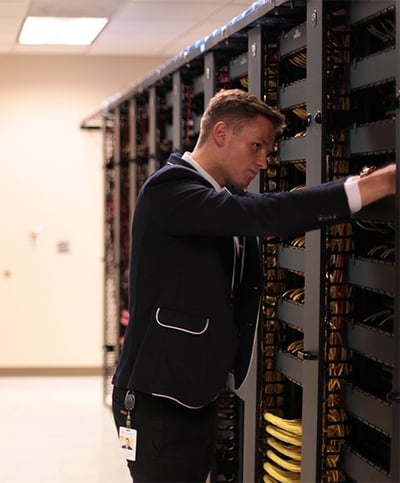 If you own a system that has reached EOMS, Avaya will tell you that you will receive their “best effort” support. But here’s the problem: In sharp contrast to Continuant’s maintenance and support of Avaya systems, Avaya’s “best effort” support is not really support at all.

If you’re one of the thousands of CM 5 users who, having received the EOMS from Avaya, believe you have no choice but to make plans now to upgrade to CM 6.3 or else buy more support from the OEM, you might want to think again.

Chief Sales Officer and Co-Founder Bruce Shelby, began his career in the telecom industry in 1984, holding various positions in sales and sales management. In 1996, Shelby joined Doug Graham in founding the company that would later be known as Continuant: Telecom Labs, Inc. (TLI).

End of Manufacturer Support for Avaya CM7: What’s Next?